I have mentioned previously my primary reason to learn D3.js is for map visualization. I wanted to visualize the data of 2014 Indonesian General Election.

Indonesians are currently enthusiastic for the next 2019 General Election. It will be a rematch for the same presidential candidates. By providing a visualization of the result of the previous election, I hope each candidate and his team can make a campaign plan/strategy based on data.

After doing the tinkering, I come with a map of Indonesia with the regions colored according to which candidate who won. The map can be accessed at siriusdely.com/pilu. One functionality available on the map is to choose the visualization based on provinces or districts/cities, as shown in the screenshots below: 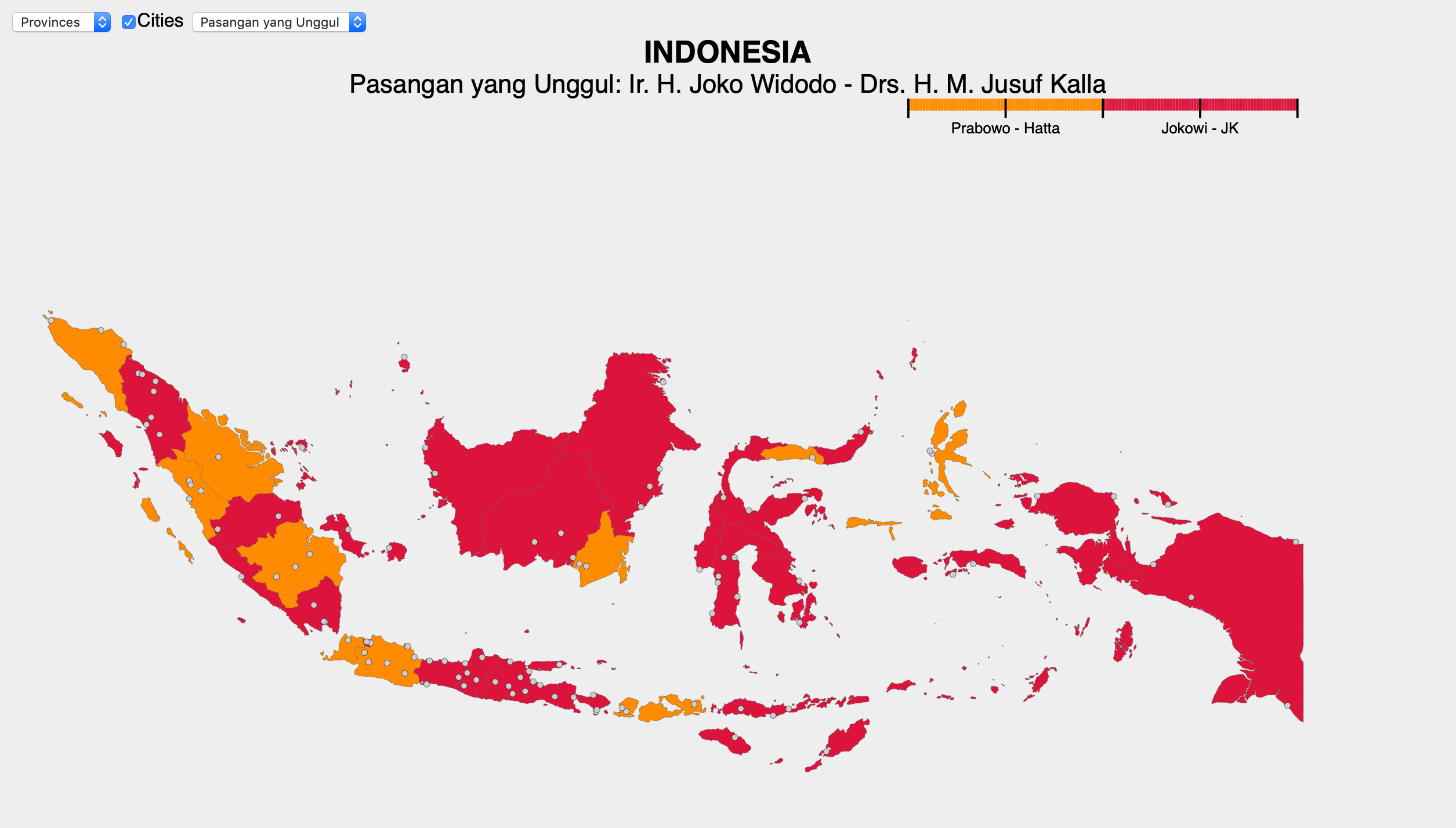 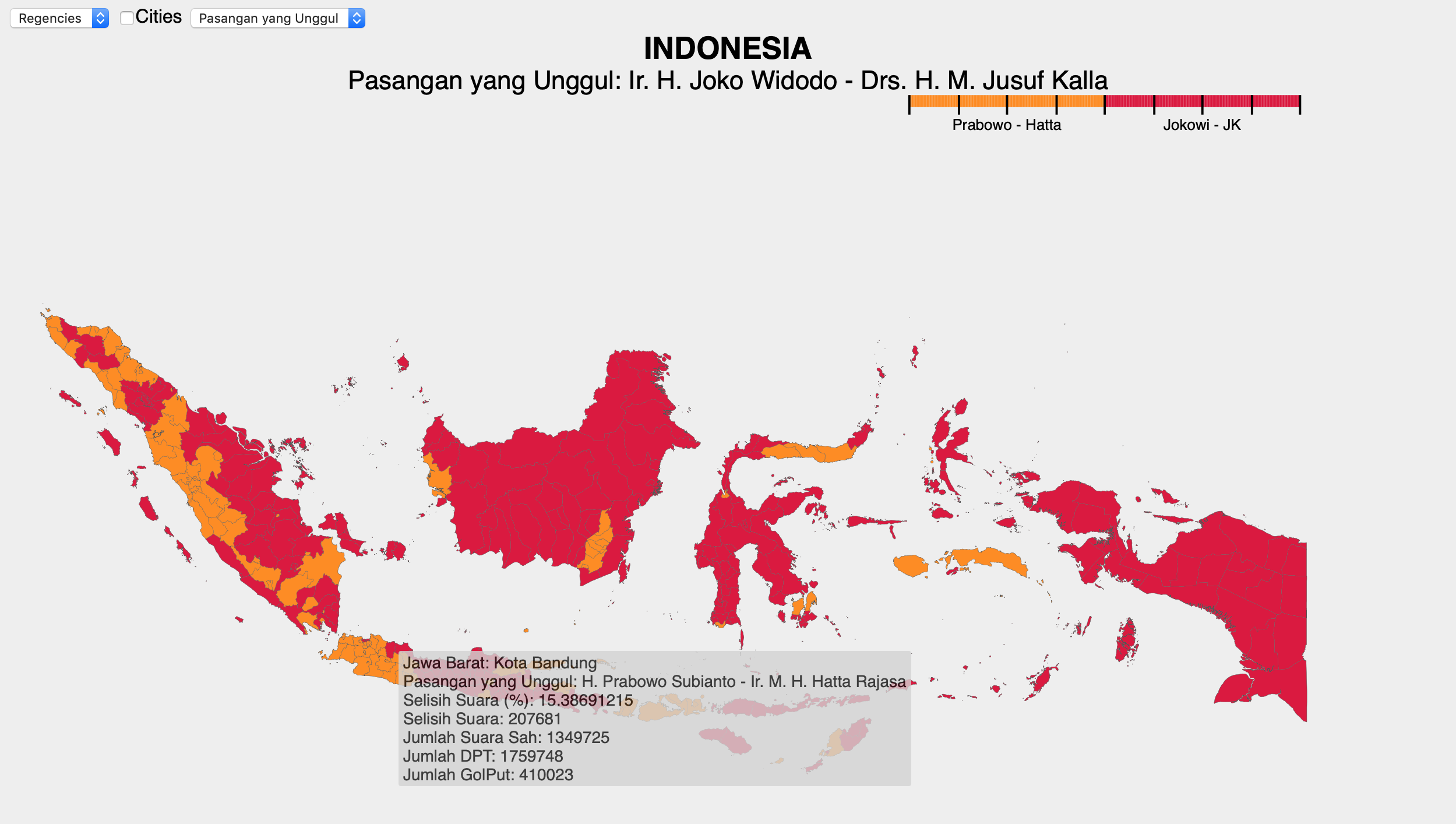 The page is hosted and served through Github Page, which code is available at github.com/siriusdely/pilu. The data is taken from the Indonesian General Election Commission’s Official Site. There are two tools used to fetch the data: Cheeriojs & Puppeteerjs. As both names imply, those two are Javascript packages, can be installed using the command: npm install.

The working script can be seen here, which can be run by using the command: node scraper.js.

Below is the screenshot of other visualization pages available there: 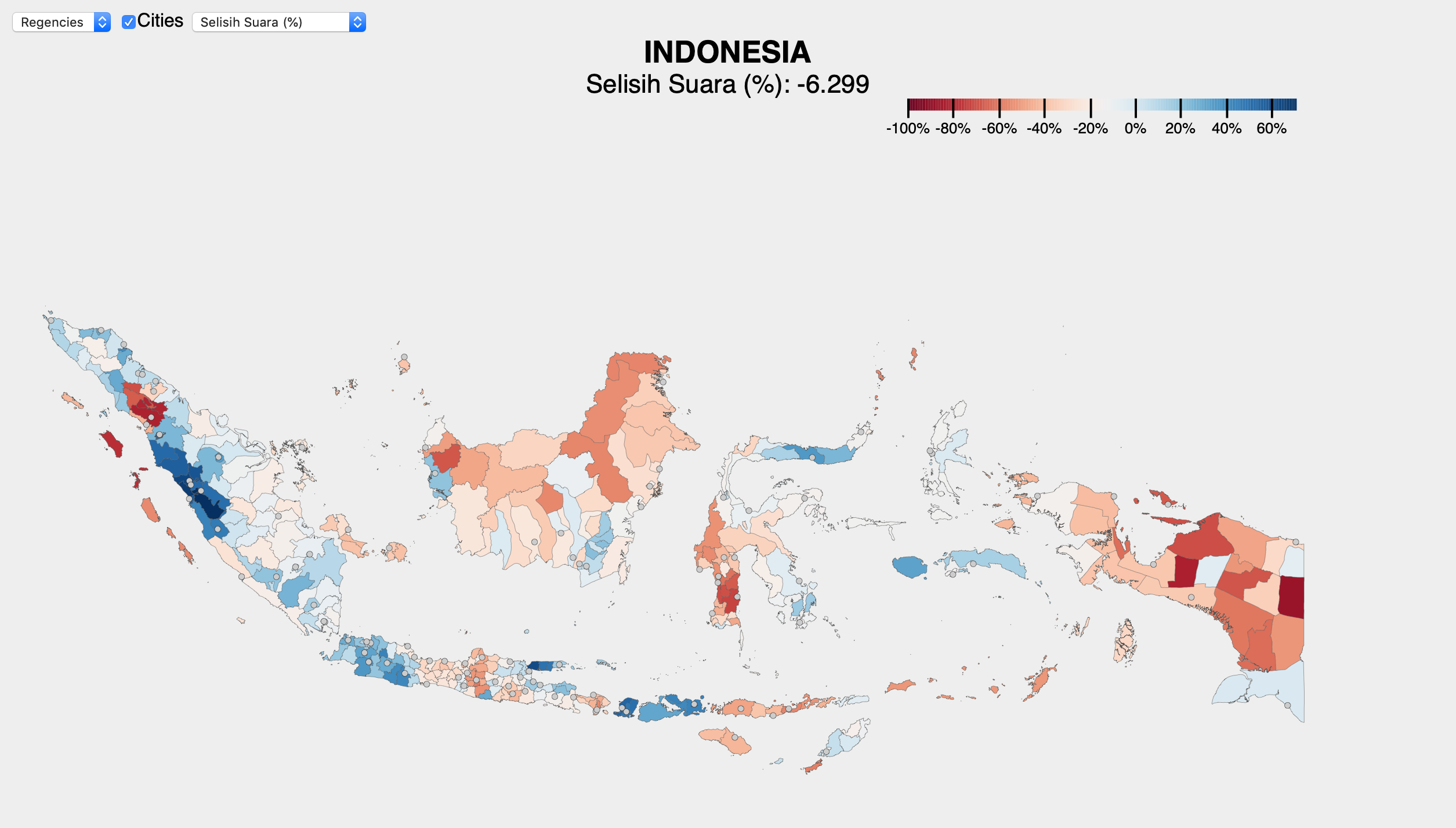 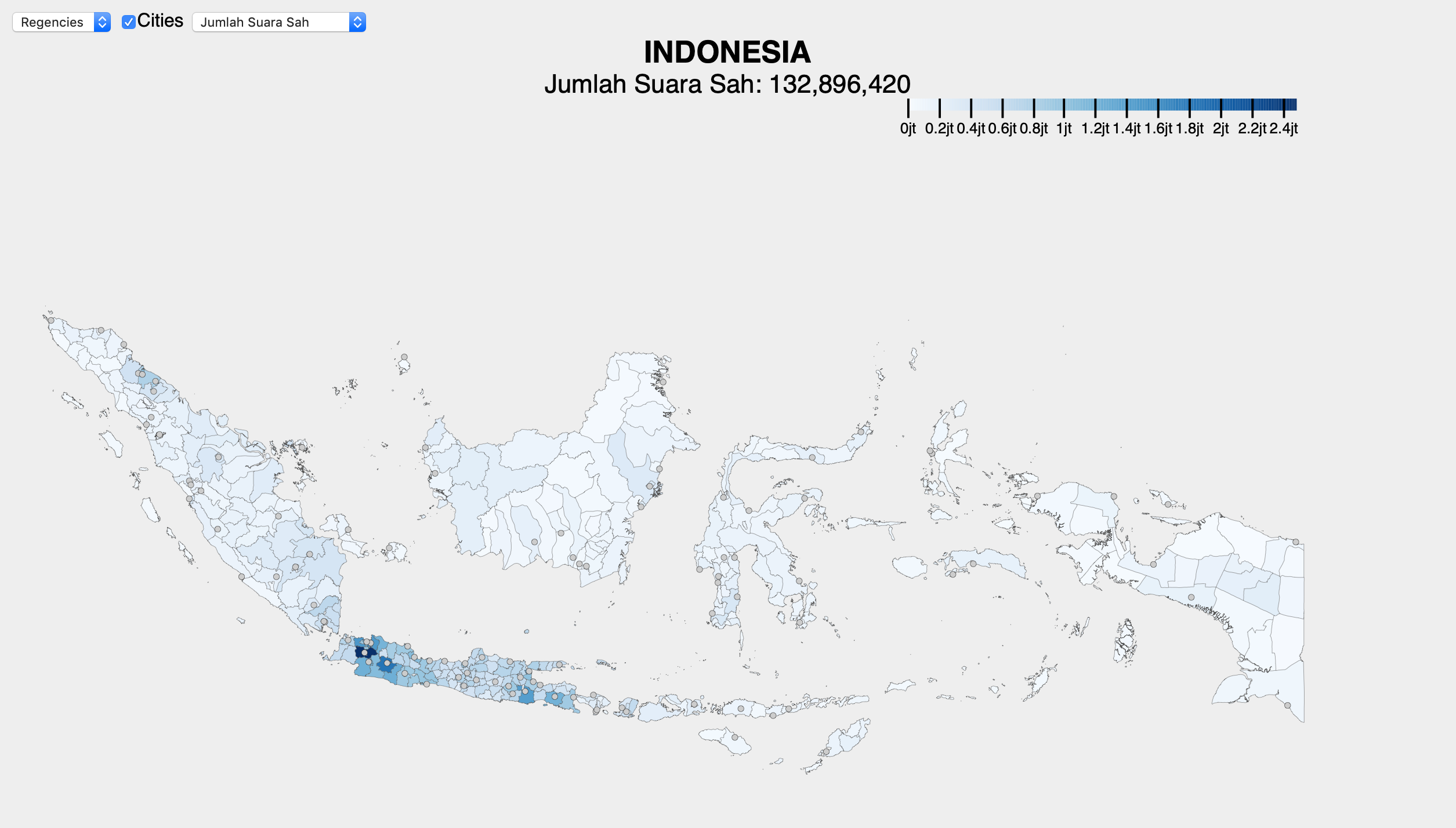 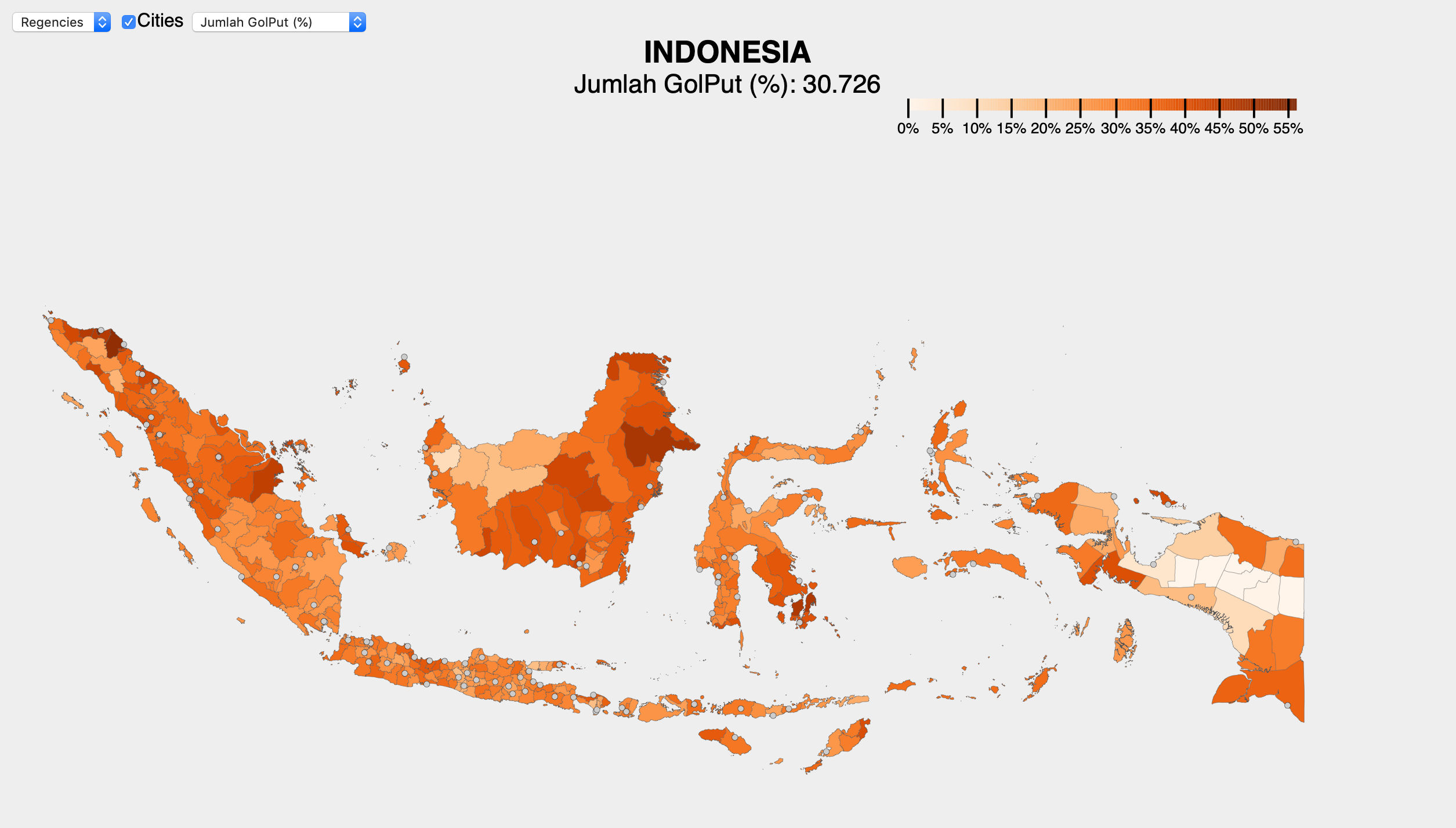